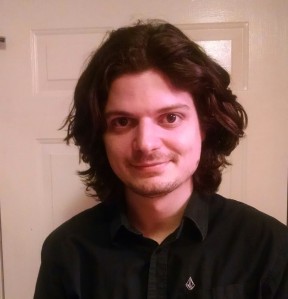 He graduated from University of Oregon with a Bachelor’s Degree in English.

He is an avid reader and has been writing since a very young age.

He now resides in Portland, OR where he also enjoys playing music, hiking, and drinking scotch.

He can be reached at WizardsKeeppublishing@gmail.com with the subject line of “Bennett Mohler”

Mr. Mohler is available for signings in the Portland Metropolitan area.

“The Broken Alliance” Legend of Rhett #1

Everyone knew the name Beio-Rhett but no one knew what he looked like.  While he did his part during the Rebellion, Beio-Rhett was not known for being benevolent.  Instead he was seen by many as a mercenary.  However in a galaxy where fighting is common place, and grudges are held among nationalities for generations, it is up to Beio Rhett, his friend Dembo, and the persnickety Sergeant Singatt to travel to distant lands and become pseudo government agents.

While seemingly straight forward for Beio-Rhett and Dembo, there is more to their mission than they were prepared for.  Even with joining forces, can the ragtag group combat the Masked Menace?